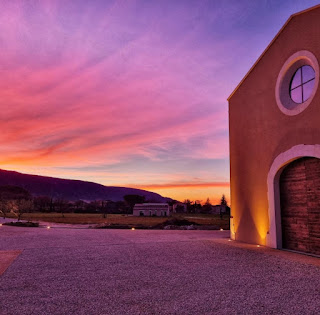 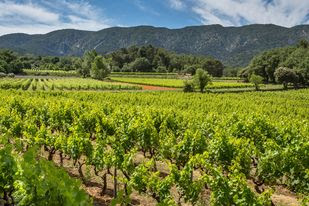 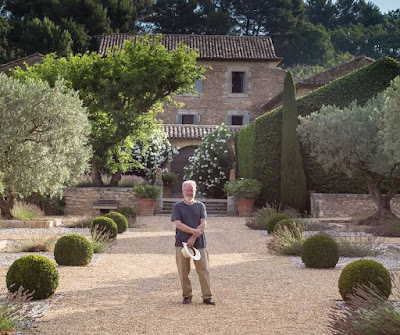 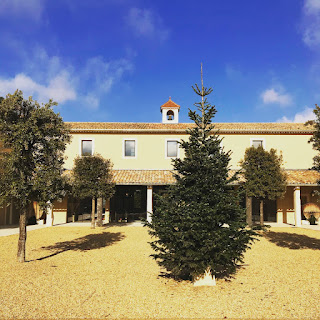 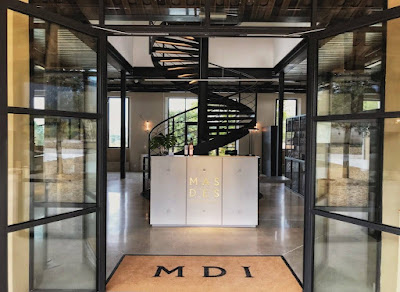 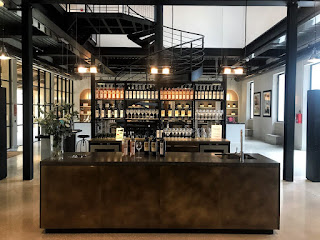 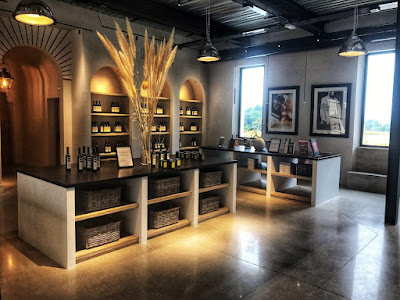 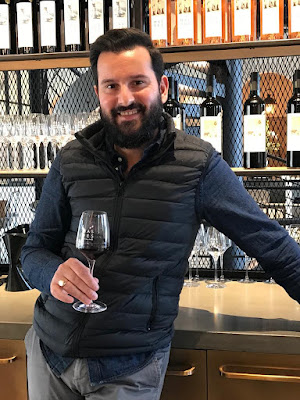 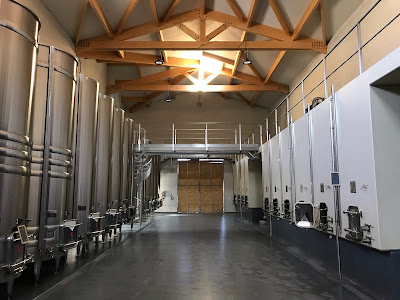 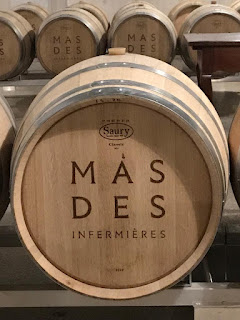 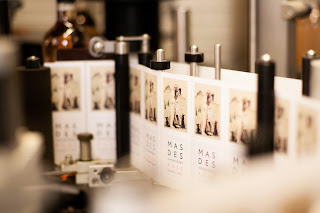 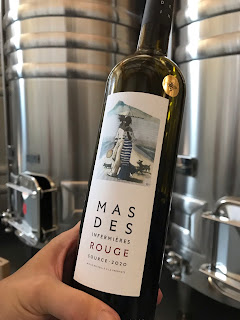 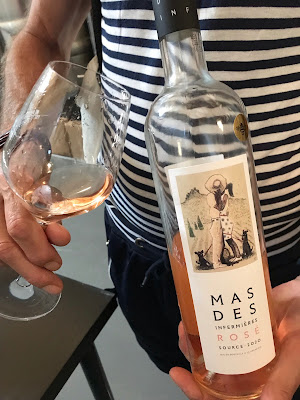 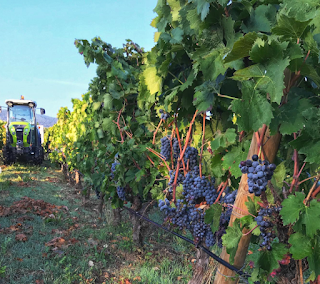 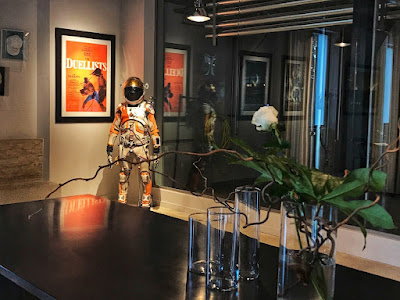 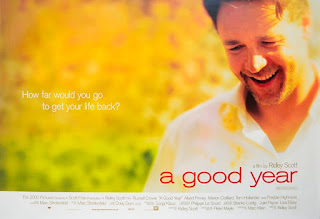 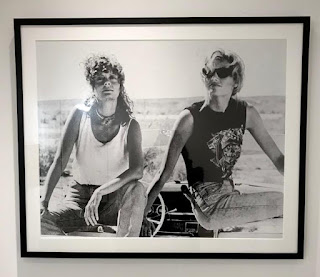 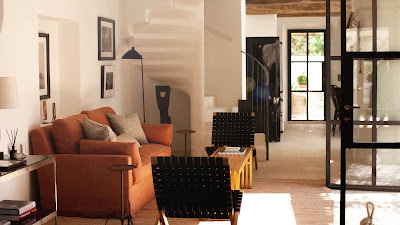 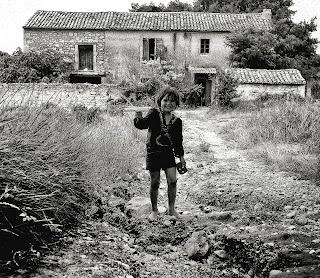 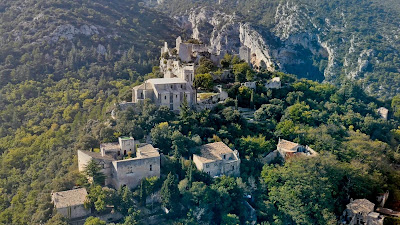 Most people know that Sir Ridley Scott (he was knighted in 2003), is one of the top film directors in the world; his movies include Gladiator, Alien, Blade Runner, Thelma & Louise, Black Hawk Down and scores of other hits including House of Gucci (2021). His latest, a historical drama called Kitbag—with Joaquin Phoenix as Napoleon and Vanessa Kirby as Empress Josephine--begins production this month.

What many people don’t know is that Ridley has lived part time in the Luberon region of Provence--and owned a vineyard here--since 1992, when he bought a pretty mas (farmhouse) planted with 11 hectares of vines.

I first interviewed Mr. Scott in 2006, for articles in Wine Spectator and Conde Nast Traveller UK. For CNT, we discussed A Good Year, the movie he had just shot based on the 2004 book of the same name, written by his dear friend Peter Mayle.

For Wine Spectator, we talked about his passion for wine and his burgeoning wine-maker hobby-turned-business. “The vineyard was in place when I bought the house...” he told me. “I grow syrah, and I sell to the co-op, the Vinicol. They come with their machines and take it away. Now we're deciding if we want to start doing our own pressing, our own bottles and labels; I'm on the threshold of taking that step.”

He crossed that threshold just a few years later, launching his own label in conjunction with the nearby Cave de Lumieres. From 2009 to 2017, a wine made only from Ridley’s grapes (as opposed to a blend from multiple farms), was bottled there under the Mas des Infermières label. He also expanded his property considerably.

And now, finally, Ridley has taken the next very-big step and opened his own beautiful 1500-square-meter winery, cave, shop and tasting room, just across a large plot of vines from his historic Luberon home. Surrounding the winery are 30 hectares of grapes: large plots of grenache and syrah and a few smaller plots of carignan, clairette, vermentino and roussanne.

Located on a road called the Chemin des Infirmières, Ridley’s house was once owned by General Robert of Napoléon’s Army, who planted vines there (from 1810 to 1830) and made wine.  At one point the house became a hospital for injured soldiers and when there weren’t enough nurses to look after the patients, local farmers were enlisted to help.

Eventually the historic home became the Mas des Infermières, a play on the words for nurse (infirmière) and for farmer (fermier).

My friend Celine grew up down the road and calls this sun-drenched stretch of Luberon land “the most beautiful place on earth.”

Located half a kilometer from the village of Oppède le Vieux and not far from Menerbes, the new winery was designed by Bonnieux-based architect Andrew Corpe, an Englishman who has worked in Provence for more than 30 years.

“The vineyard is a sanctuary of silence and sunshine,” Ridley says on the back of every bottle, in what’s meant to look like handwriting. “My family and I came here to paint, read and above all to enjoy the magical life that can be found here.”

Another nice touch: Ridley illustrated all the distinctive labels himself.

The winery is still in soft-opening phase and will officially launch later in spring. It’s a wonderful addition to the wine scene in the Luberon and a fantastic visit for film fans thanks to the memorabilia on display: a helmet from Gladiator, space suits from Prometheus, Alien: Covenant and The Martian, gold coins from The Last Duel and the bicycle from House of Gucci, to name a few. More items are on their way.

Posters and blown-up movie stills line the walls; you’ll see Thelma and Louise in the rest room and a large poster for A Good Year in the tasting room.  Much of that 2006 movie, about a London stock broker who inherits his beloved uncle's Luberon vineyard and run-down 18th-century chateau, was filmed just down the road (“eight minutes from my house,” Scott has said), at the real-life winery Chateau La Canorgue. Other scenes were shot at the Marseille Airport, the Avignon train station and in the Luberon villages of Bonnieux, Gordes and Cucuron, where a fake moon was hung for a date-night scene and the large rectangular village bassin was filled with floating candles.

The tasting room and shop at Mas des Infermières is modern and inviting, with soaring ceilings, lots of light and vineyard views. A dramatic spiral staircase leads down to a conference room, private cellar/wine library and the vast cave itself, where Bordeaux-sized (225 liter) oak barrels are lined up in perfect rows, doing their thing.

Back upstairs, you can buy the first wines made on site (the 2020 vintage), plus a limited supply of those made at the Cave de Lumières from Ridley’s grapes (2015, 2016 and 2017). Older vintages, in shorter supply, will be released as specials.

The 2020 wines--two rosés and one red--are 15€ per bottle in the shop. Two more reds and two whites are in the works.

You’ll also find accoutrements such as glassware, corkscrews and wine books...and a blended Mas des Infermières olive oil made with fruit from their 50 trees. This micro-production oil is sold only at the winery, for now.

In the large courtyard out front there’s an enormous old amphora (that once held olive oil) and two 1000-liter oak wine barrels. Roughly 150 years old, they were found in Ridley’s house and weatherproofed before being put on display.

When I first wandered into the parking lot of Infermières last summer to see if they had opened yet, I was delighted to find my old friend Thomas Camilleri running the show. I knew Thomas, a sommelier, from Domaine des Peyre, another popular Luberon wine estate; turns out that Ridley had lured him down the road to help create and run Mas des Infermières. Today Thomas oversees the shop and tasting room, working closely with Bordeaux-born winemaker Christophe Barraud (a sixth-generation wine grower) and sales director Melanie  de Rudder. Ridley comes down from London once a month.

Like many wineries in the region, Infermières was hit hard by a late frost in spring 2021; they lost roughly 45 percent of their grapes. Their 2022 is production is expected to be around 45,000 bottles.

All wines are certified by the Bee Friendly Association and carry a cute little gold bee sticker. The winery uses no pesticides or herbicides but isn’t certified organic because, as Thomas explains, “even organic products can kill the bees.” Instead, they're pursuing the environmentally friendly certification HVE: Haute Valeur Environmentale or High Environmental Value.

Landscaping projects still to be completed include more trees and the creation of a large pond surrounded by vines. Future goals include acquiring more land for grapes, the production of honey (they have bees) and creating a hiking path through the vines. In the future, special events might include outdoor film screenings; I would think that watching an epic drama about Napoléon on a property once owned by one of his Generals, at a winery owned by the film director, not so far from the famous Route de Napoleon, would be quite magical indeed.

For the time being, tastings at Mas des Infermières are free; walk-ins are welcome but groups should book ahead. The actual winemaking, barrel and labeling rooms are closed to the public but visits may be arranged by special request. A few different guided tours will be offered, by reservation, starting in April; a VIP tour will include a seated tasting of older vintages (2011, 2014, etc.). All details will appear on the website soon. Until then, follow them on Facebook and Instagram for updates!

Mas des Infermières
1575 Route du Four Neuf
84580 Oppede, France
+33 (0)4 90 75 66 16
masdesinfermieres.com
Winter Hours: 10 to 12:30 and 2 to 6, Tues through Sat. Closed Sun and Mon.
Summer Hours: 10 to 7 daily.
Photos: (1) The winery at sunset. (2) Mr. Scott started with 11 hectares of vines and now has 30; he hopes to have more soon. (3) Ridley at home in Provence. (4) Ground was broken for the new winery in 2018 but Covid stalled the construction; it finally opened to the public a few months ago. You can clearly see how the architect referenced classic Provencal architecture in the design. (5-7) The dramatic entrance, tasting room and shop. (8) Sommelier Thomas Camilleri runs the tasting room and oversees wine tourism. (9-11) The tank, barrel and labeling rooms are currently closed to the public but might be part of upcoming tours. Tour details will be announced soon. (12, 13) Ridley Scott drew the lovely wine-label illustrations himself.  (14) The carignan harvest in 2021. A late frost wiped out as much as 45% of  the grapes.  (15-17) At the winery, movie memorabilia from Mr. Scott's career includes a space suit from the Martian, a poster for A Good Year (filmed down the road) and blown-up movie stills like this one from Thelma & Louise.  (18) Want to sleep among the vines? Three elegant vacation rentals (like this one) are being built. (19) My friend Celine (in an adorable photo from 1973) grew up just down the road from the winery and calls this part of the Luberon "The most beautiful place on earth." (20) The winery is a stone's throw from the medieval village of Oppède le Vieux, the oldest part of which is super historic, largely abandoned and fantastic to explore on foot.
Note: The annual Festival de Nimes (June 17 to July 24, 2022) features a wide range of concerts in Nimes' stunning Roman amphitheater. A highlight this year  (on June 25) will be “Gladiator Live" – a cine-concert featuring Ridley Scott’s multi-Oscar-winning film shown on a giant screen  accompanied by 200 musicians and singers. The film will be shown in English, with French subtitles. For info: festivaldenimes.com.
Julie Mautner at 3:15 PM
Share