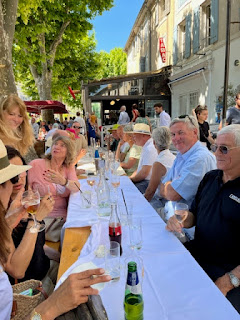 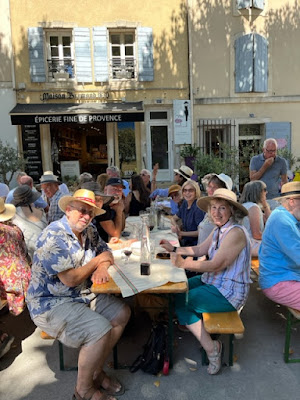 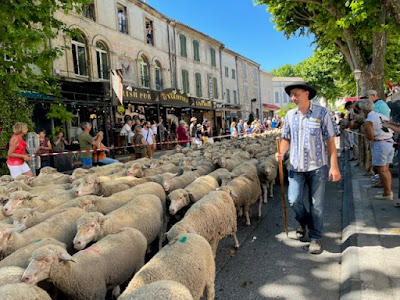 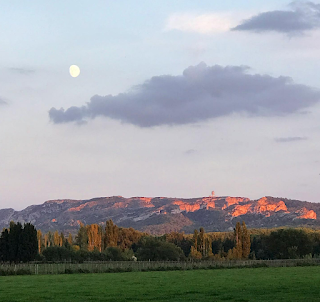 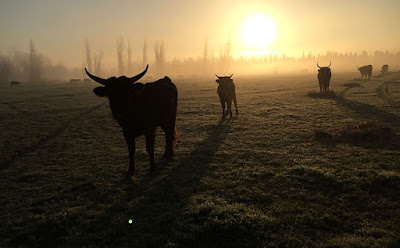 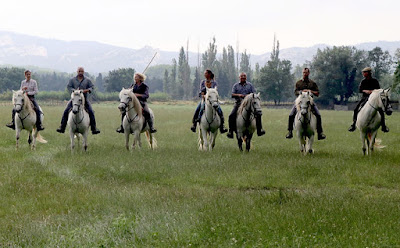 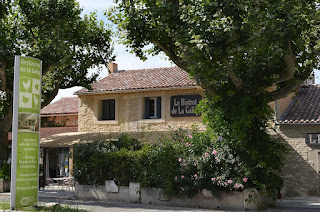 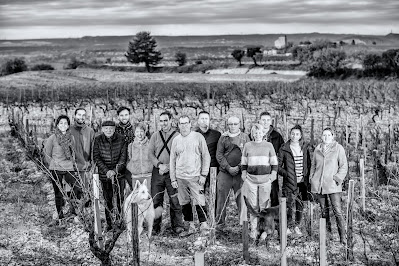 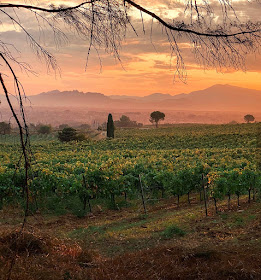 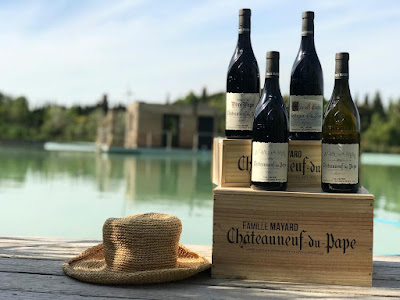 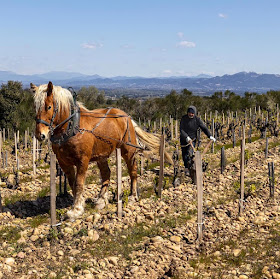 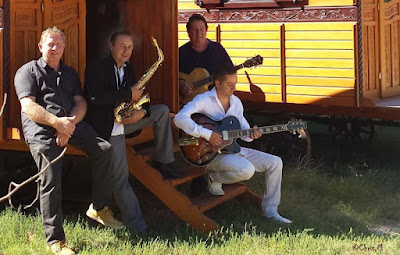 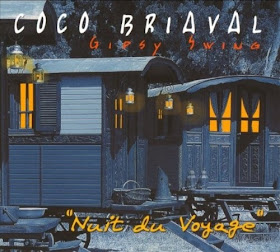 La Table des Amis is bi-lingual and multi-cultural, open to all ages and nationalities. While French members are wanted and welcome, the group will probably appeal more to expats, much the way that BritsNimes, AAGP, the American Club of the Riviera, Network Provence and others do.

Because the La Table des Amis was founded by four amis with very different backgrounds, who are equally passionate about food and wine, most if not all events will have a strong gastronomic component. All experiences are designed to be “authentic, memorable, value for money and always enjoyed in the company of others.”

The new association was the brainchild of David and Nitokrees (Nito) Carpita (she’s Egyptian, he’s American) who ran the popular cooking school Mas de Cornud in St. Remy for 25 years. In a 19th-century farmhouse with seven bedrooms, indoor and outdoor kitchens and a large potager, Nito did all the culinary (teaching and cooking) while David handled the business side and the wine. The cooking school (officially known as Seasons of Provence) had a reputation far beyond Provence, due to its thousands of happy guests from around the world but also thanks to David and Nito’s dedication to industry groups such as the IACP (International Association of Culinary Professionals).

For 25 years the Carpitas were very plugged in to the food world both in France and abroad…and then they pulled the plug. They closed the cooking school in 2015 and sold their large, gorgeous mas a few years later.

They were tired, I remember Nito telling me, and wanted to retire while they still had good health and energy. They wanted more time with family and friends, more travel, more time outdoors and more time to explore. The world they loved was food and wine tourism and they wanted to be on the other side already.

Once Mas de Cornud was sold, the Carpitas moved into a smaller St. Remy home (that they already owned) and began to renovate…and that’s where this new idea took root.

“As the construction was progressing,” David explains, “I joked to Nito that it looked like we were building a new super duper kitchen…with a few bedrooms tacked on as an afterthought. And Nito confessed that she missed teaching cooking and would love to start giving classes again, so she wanted a kitchen that had all the right bells and whistles.”

David reminded her that they had been officially retired since late 2015 and that neither of them wanted to reverse gears.

“But what about doing it for pleasure, not money?” he suggested. “What about doing classes for fun, for friends, for people who want to meet new people over great food and wine?” The Carpitas were already doing this very informally--organizing hikes, day trips and regular restaurant forays for pretty much anyone who wanted to join them—and Nito loved the idea.

So a few weeks later at a meeting with his friend Jean-Yves Martin, a retired accountant, David suggested setting up a non-profit with the purpose “as wide as the sky—bringing friends together at the table.”


Jean-Yves loved the idea and even agreed to be President, as long as it wouldn’t take too much time. (Among other projects, he’s currently developing a rice farm outside his village of Tarascon…but we’ll save that story for another day!) David promised it wouldn’t, the papers were prepared and submitted, the sous prefecture approved and the new association became official in March, 2022.

Another founding member is our friend Barney Lehrer, a former professional cellist who brings to the table great credentials in the worlds of wine and tech. “Barney’s expertise in designing web sites has been an immense boost to our start up, not to mention his many contacts in the wine industry in France,” David says.

Pre-launch in April, the four founding members met up with the leaders of the AAGP, BritsNimes and the American Club of the Riviera (over lunch, of course!) to discuss ways in which the groups might work together, to complement each other rather than compete.

“We were really happy at how enthusiastic everyone was,” David reports. “They’ll all be spreading the word to their members.”

So far, there have been two official outings, both sold out with waiting lists: a gastronomic walk in the vineyards in the Duchess de Uzes AOP and a lunch celebrating the annual Transhumance festival in St. Remy. The next five events have just been announced:

While you need not be a member to attend events for now, members will get advance notice and special pricing whenever possible. Members will also be encouraged to suggest and create their own events as long as they align with the group’s core values. Annual membership is €15 for singles and €25 for couples; you can sign up (or just join the mailing list) on the website here.

Photos: (1) Nito and David Carpita ran Mas de Cornud and the Seasons of Provence Cooking School in St. Remy for 25 years, before retiring in 2015.  They created the new non-profit with two like-minded friends. (2) La Table des Amis just hosted its second event, a luncheon to celebrate the Transhumance festival in St. Remy, at the Bar Tabac des Alpilles. Another TdA event will be held there on Bastille Day. (3, 4) Barney Lehrer, left, one of the four founding members, on Transhumance day with his wife Madeleine. (5-8) Manade Caillan is the only ranch in St. Remy. They raise Camargue bulls on 100 hectares (with AOP and bio certification), sell meat and homemade charcuterie, welcome weddings and other events, offer overnight stays in a four-bedroom villa...and throw great open-to-the-public parties such as their Markets at the Manade which happen pretty much every other Friday night June through September. (9) We all love Bistro de la Galine, the laid-back roadhouse on the D99 just east of St. Remy. They have live music most Friday nights and the last meal I had there, in February, was fantastic. TdA will have a big table there on July 1st. (10-13) Winemakers in Châteauneuf-du-Pape for six generations, the Mayard family currently cultivates 43 hectares: 40 red and three white. On July 9, Beatrice Mayard will host the Table des Amis for a private tasting of old vintages accompanied by small plates. (14, 15). The group known as Coco Briaval, led by Henri (Coco) Briaval, has been performing locally and internationally since 1965. These days the children of the three original members (Coco and his brothers Gilbert and René) and other family members often play with them. For more about the band, click here.